Two men watch their daughters on a fair ground ride in Springfield Park Stamford Hill to celebrate Lag B'Omer. Women and Men are kept separate at all times including children, girls and boys take it in turns to go on the rides. Lag B'Omer is the holiday celebrating the thirty-third day of the (counting of the) Omer. Jews celebrate it as the day when the plague that killed 24,000 people ended in the holy land (according to the Babylonian Talmud). Other sources say the plague was actually the Roman occupation and the 24,000 people died in the second Jewish - Roman war (Bar Kokhba revolt of the first century). Bonfires (used as signals in wartime) are symbolically lit to commemorate the holiday of Lag'B'Omer. 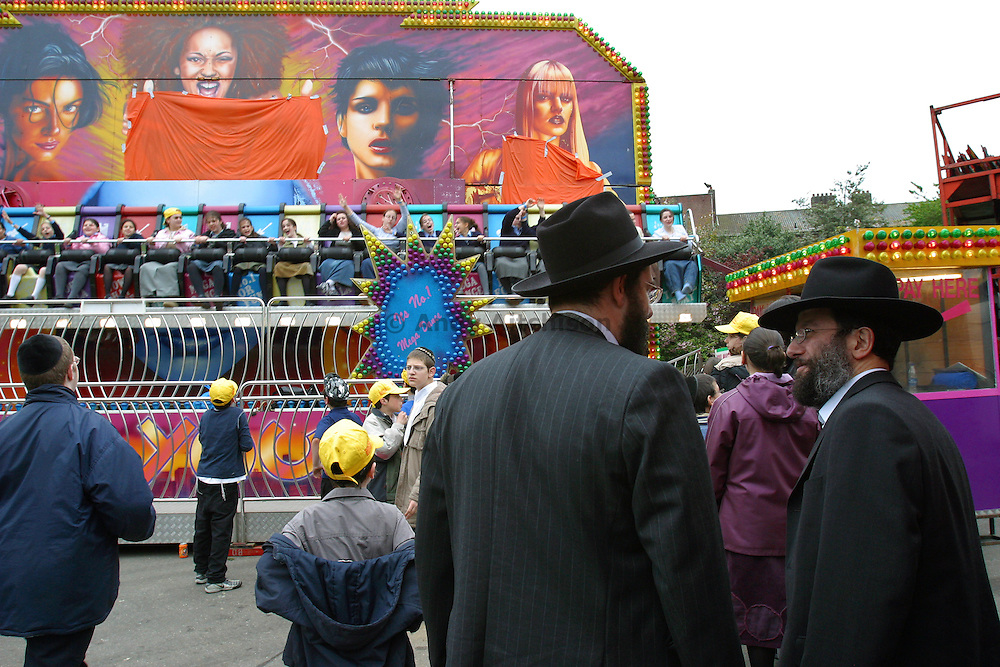