Two women walking past US flags flying on the street George Bush Boulevard (Xhorxh Bush) on the 13th of December 2018, in Pristina, the capital and largest city of Kosovo, it has a mainly Albanian population along with other smaller communities. The street was named in honour of the US president to show appreciation for the military support received from the US during the Kosovo war with Yugoslavia. (photo by Andrew Aitchison / In pictures via Getty Images) 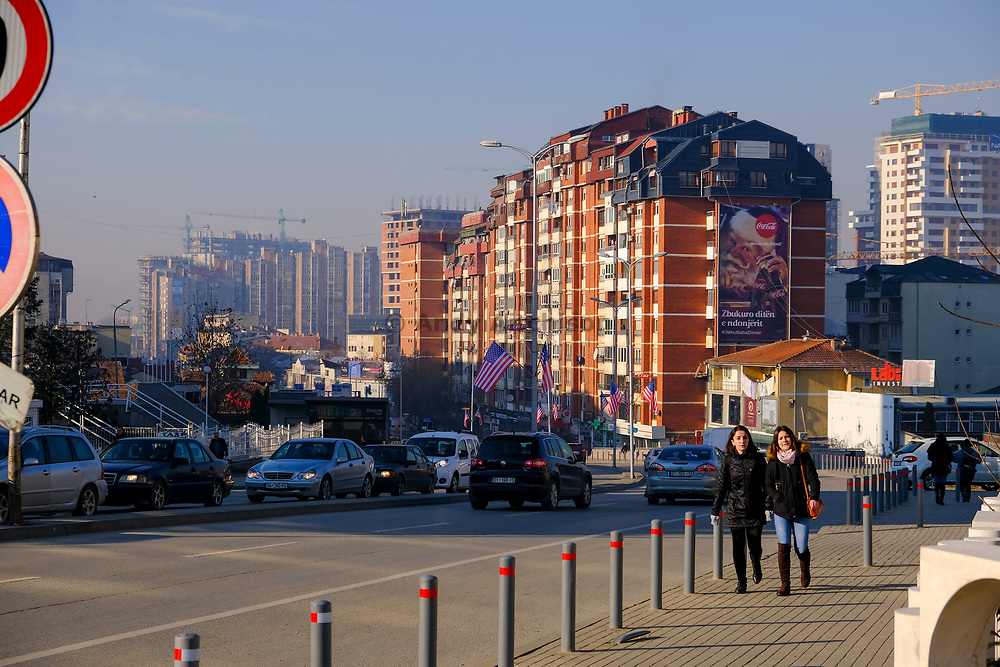