Young men tour the streets wearing fancy dress in an open top bus, drinking and dancing while going round visiting local wealthy men, collecting for their school charity during Purim. Purim is one of the most entertaining Jewish holidays. It commemorates the time when the Jewish people living in Persia were saved from extermination from a massacre by Haman. Due to the courage of a young Jewish woman called Esther. It is customary to hold carnival-like celebrations on Purim. Normally one of the group dresses up as Haman (right, covering his face). 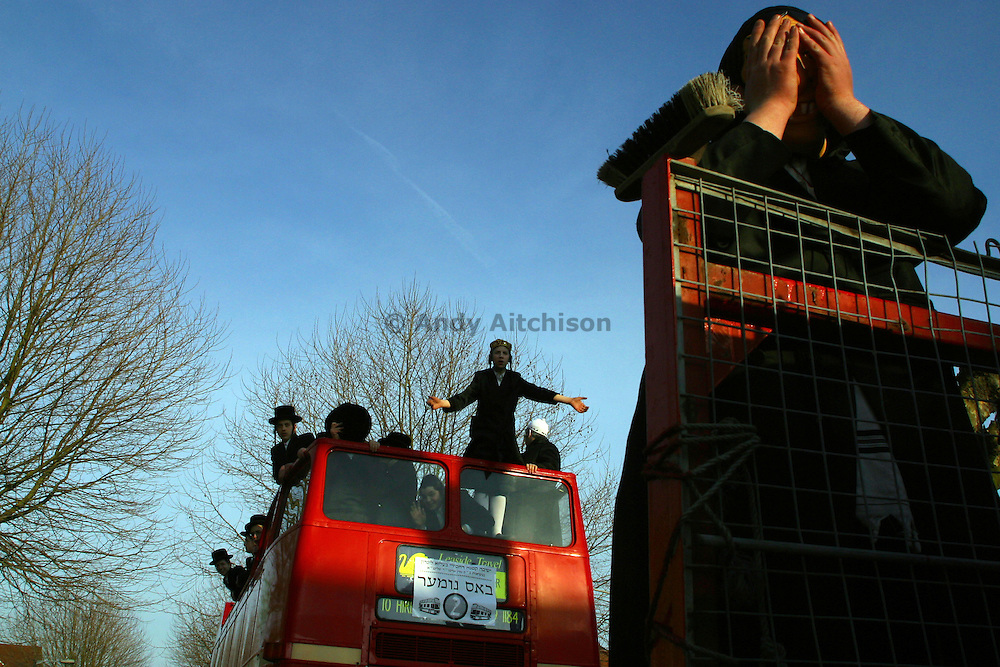