An Albanian t-shirt shop in the south side of Mitrovica, a town in Northern Kosovo that straddles the river Ibar which separates the Serbian and Albanian districts of Mitrovica, Kosovo on the 12th of December 2018. Mitrovica or Kosovska Mitrovica is a city and municipality located in Kosovo. Settled on the banks of Ibar and Sitnica rivers, the city is the administrative center of the Mitrovica District. (photo by Andrew Aitchison / In pictures via Getty Images) 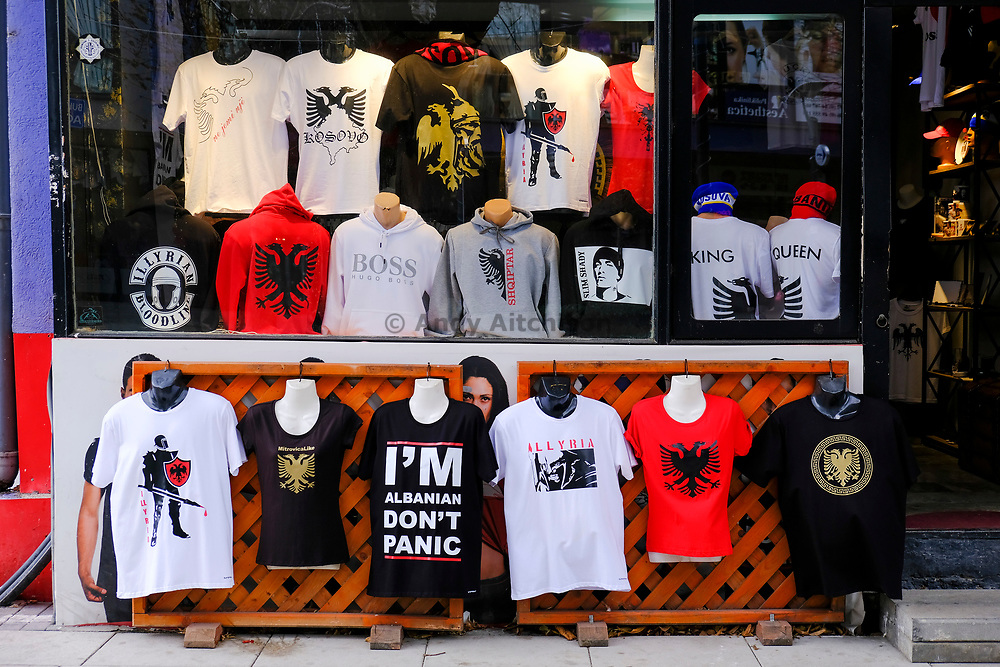