Police start to arrest and detain activist from Insulate Britain who have blockaded the entrance to the port of Dover on the 24th of September 2021. Over 40 activists from Insulate Britain blocked the road with some gluing themselves to the carriageway of the A20 at the Eastern docks roundabout. There are blocking the roads to highlight that fuel poverty is killing people in Dover and across the UK. (photo by Andrew Aitchison / In pictures via Getty Images) 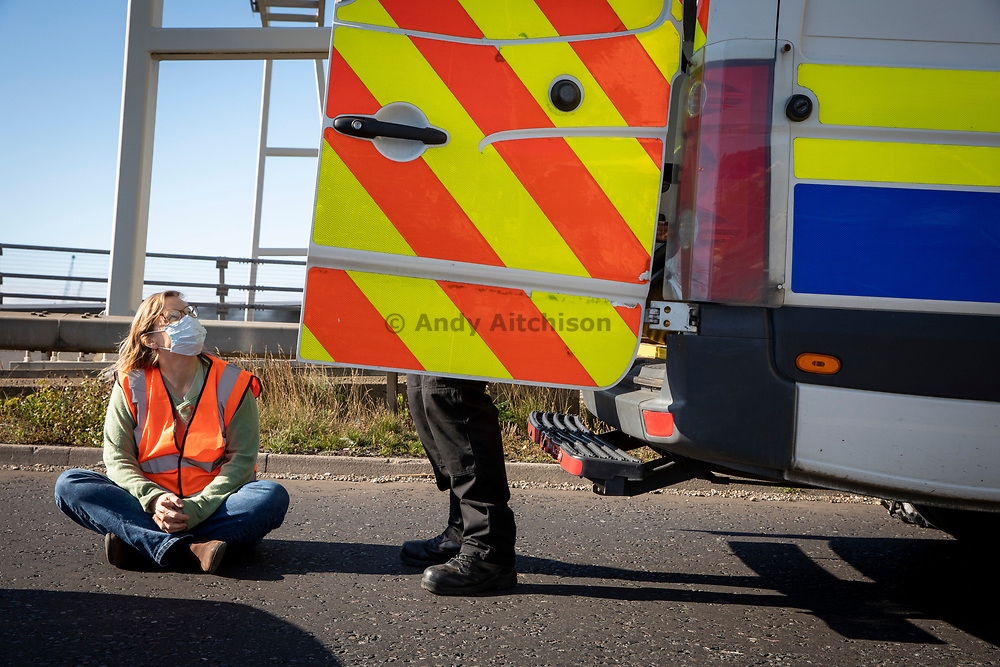