Members and supporters of The Co-operative and Oxfam today (13 June) called on the UK Government to champion small-scale farmers and co-operatives at the forthcoming Rio+20 Summit, in light of the role they play in feeding nearly a third of humanity. Campaigners from both organisations met Deputy Prime Minister Nick Clegg to represent 17,000 of their peers who took action to call on the UK Government to champion three key issues at Rio+20: fair and sustainable methods of increasing global food production; the crucial role of smallholder farmers and co-operatives; and increased investment in sustainable smallholder agriculture to lift farmers - many of whom are women - out of poverty. The campaigners presented Nick Clegg with a piece of art commissioned by the two organisations. The artwork bears the slogan 'Join Team Betty' and portrays its namesake, a tea farmer who was one of 11,000 smallholders supported by The Co-operative to form into co-operatives, improve access to markets, achieve Fairtrade certification and diversify into other produce to help improve local food security 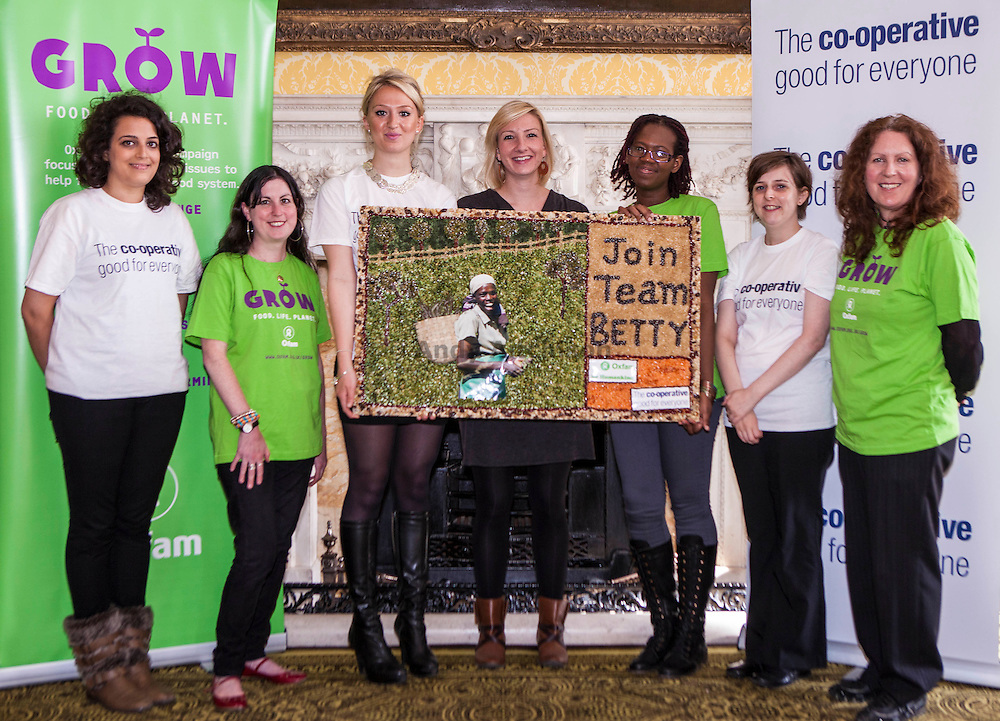