Prisoners arriving into HMP Wandsworth in SERCO high security vehicles on the 2nd of May 2007, HMP Wandsworth, London, United Kingdom. Serco, a private company provides secure Prisoner Escort Services on behalf of justice departments moving people between prisons or police stations and court appearances. HM Prison Wandsworth is a Category B men's prison at Wandsworth in the London Borough of Wandsworth, South West London, United Kingdom. It is operated by Her Majesty's Prison Service and is one of the largest prisons in the UK with a population over 1500 people. (Photograph by Andy Aitchison) 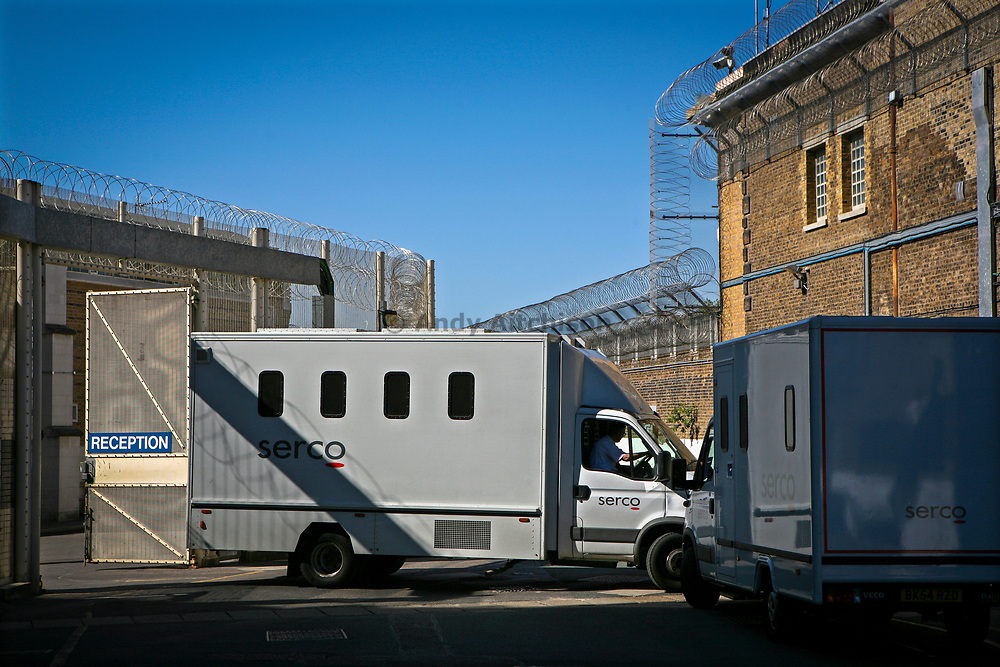