Between the houses of a Jewish street in Stamford Hill the figure of Haman in suspended in the sky during the festival of Purim. A young girl dressed as a fairy for Purim try's to hit it with her wand. Purim is one of the most entertaining Jewish holidays. It commemorates the time when the Jewish people living in Persia were saved from extermination from a massacre by Haman. Due to the courage of a young Jewish woman called Esther it is customary to hold carnival-like celebrations. 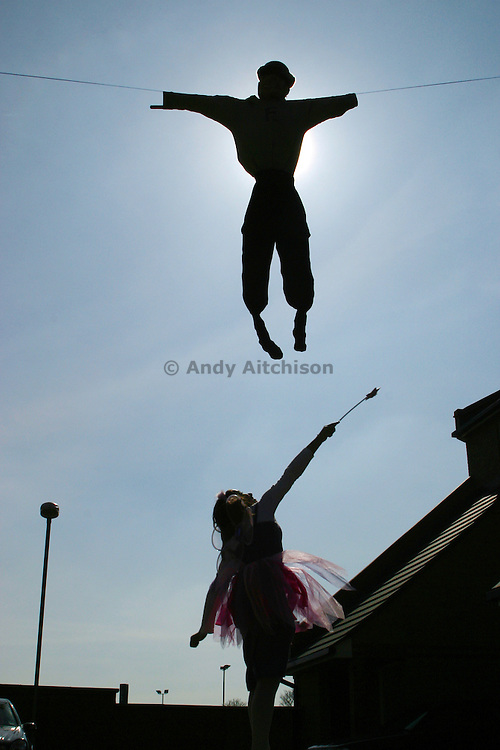