The Gryffindor School uniforms worn by Harry Potter, Hermione Granger and Ron Weasley in the great hall at Warner Bros studio tour, The Making Harry Potter on the 27th of November 2021 in Watford, London, United Kingdom. The Making of Harry Potter is a Warner Bros Studio tour where members of the public can walk around an exhibition and tour through some of the sets, see some of the authentic costumes touch some of the props used in the original Harry Potter Films made by Warner Bros. The Studio Tour in London takes people through the world of JK Rowling’s Harry Potter films. (photo by Andrew Aitchison / In pictures via Getty Images) 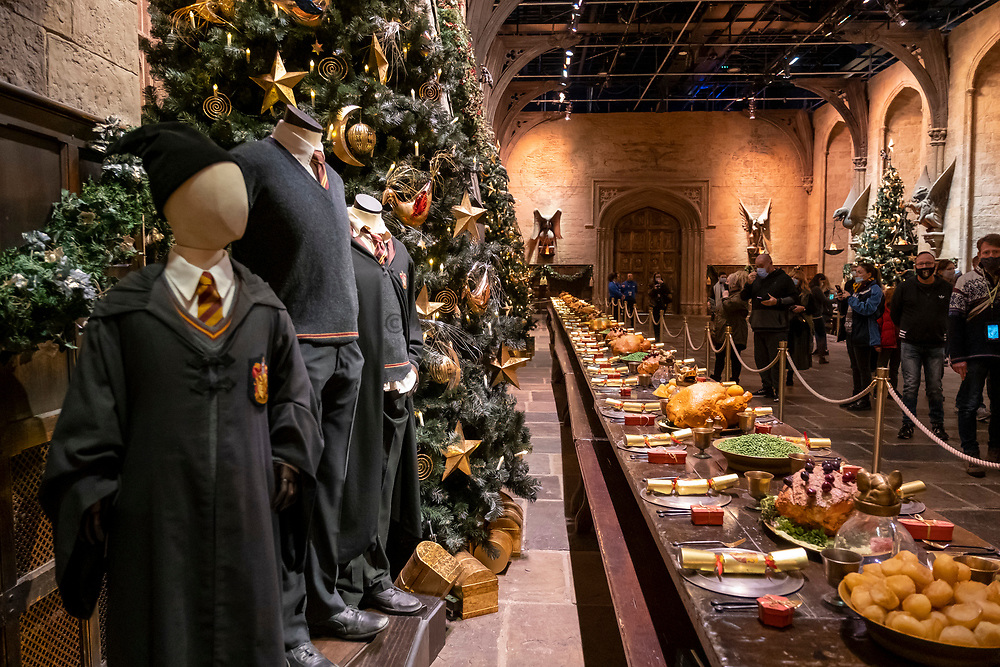