Asylum seekers arriving into Dover up the dock walkway ramp accompanied by Boarder Force officers after being on board a Boarder Force RIB boat, they were rescued in the English Channel while crossing in small inflatable dinghy on the 31st of March 2021 in Dover, Kent, United Kingdom. About 30 men and women arrived today on two small boats they were taken off the boat by UK Boarder Force and taken into a processing centre on the dock side. (photo by Andrew Aitchison / In pictures via Getty Images) 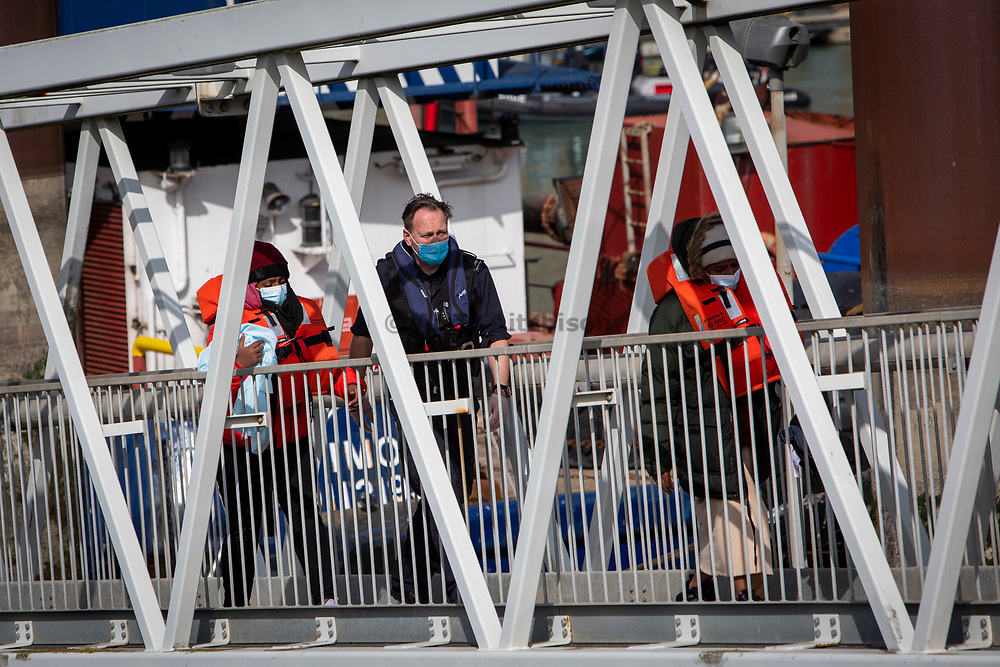