Police arrest a man who attempted to climb the Shell building as part of Extinction Rebellion ‘Shell Out’ protest on 8th September 2020 in London, United Kingdom. The environmental group gathered outside the Shell building to protest at the ongoing extraction of fossil fuels and the resulting environmental record. Extinction Rebellion is a climate change group started in 2018 and has gained a huge following of people committed to peaceful protests. These protests are highlighting that the government is not doing enough to avoid catastrophic climate change and to demand the government take radical action to save the planet. (photo by Andrew Aitchison / In Pictures via Getty Images) 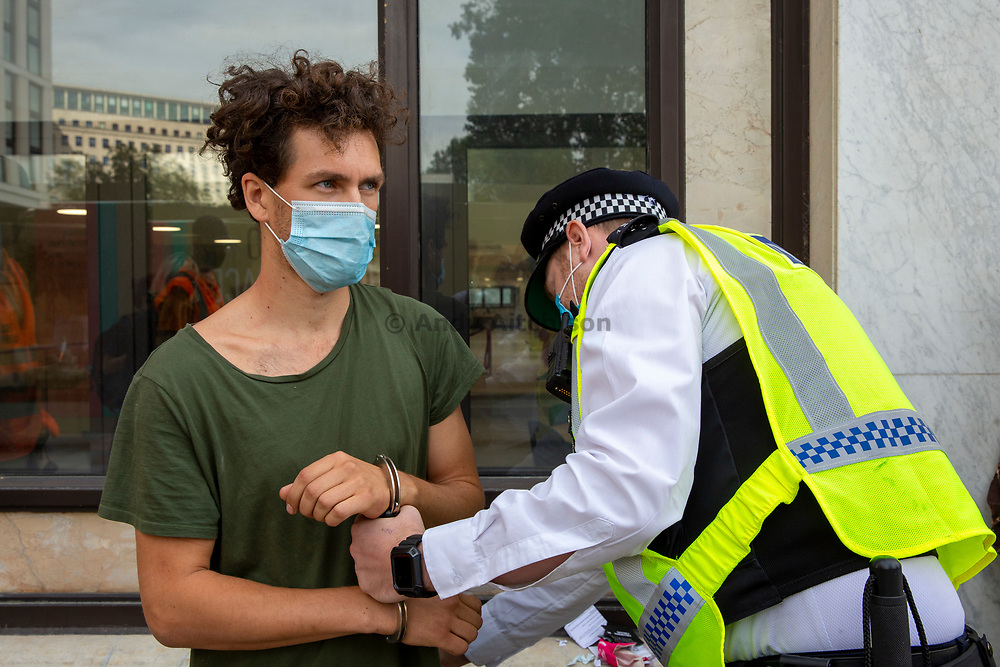