A group of Orthodox Jewish boys in fancy dress collecting for charity visit a wealthy man of the area; some houses are so popular they have a bouncer on the front door. Purim is one of the most entertaining Jewish holidays. It commemorates the time when the Jewish people living in Persia were saved from extermination from a massacre by Haman. Due to the courage of a young Jewish woman called Esther. It is customary to hold carnival-like celebrations on Purim, and for groups of men to go round on the back of lorries and in open top buses visiting local wealthy men, collecting for their charity. 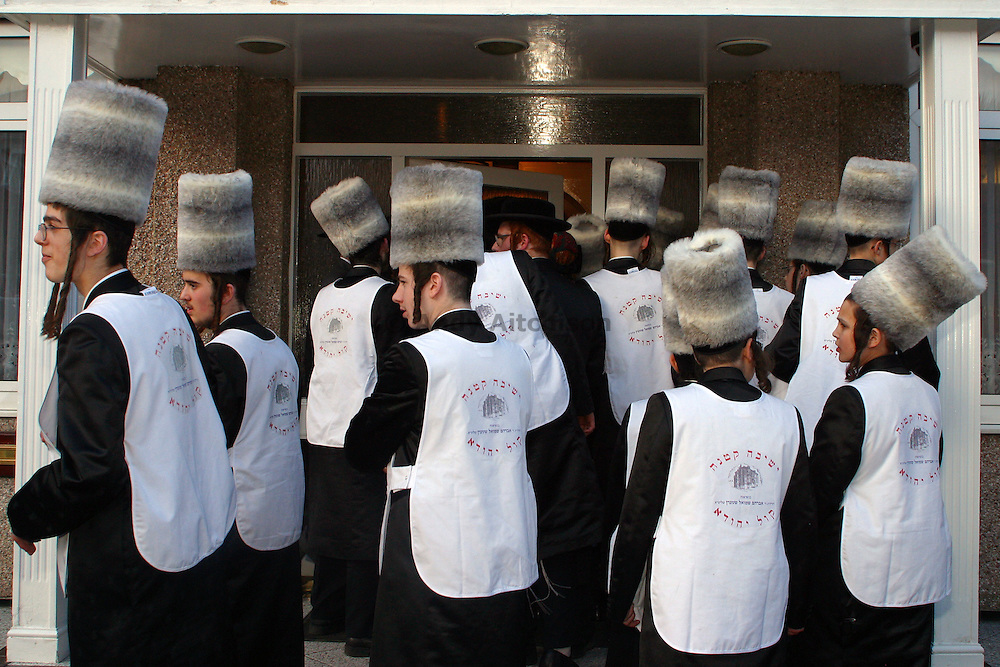