A members of the Young Communist League group being arrested by a group of police officers after joining thousands of demonstrators who gathered to walk through the city during the COP26 Coalition march for COP26 on the 6th of November 2021 in Glasgow, Scotland. The COP26 Coalition is a UK based civil society coalition of over 200 groups organisations, Trade Unions and NGO’s for climate justice at COP26. The march was the biggest protest Scotland has seen and coincided with other protests all around the world. (photo by Andy Aitchison) 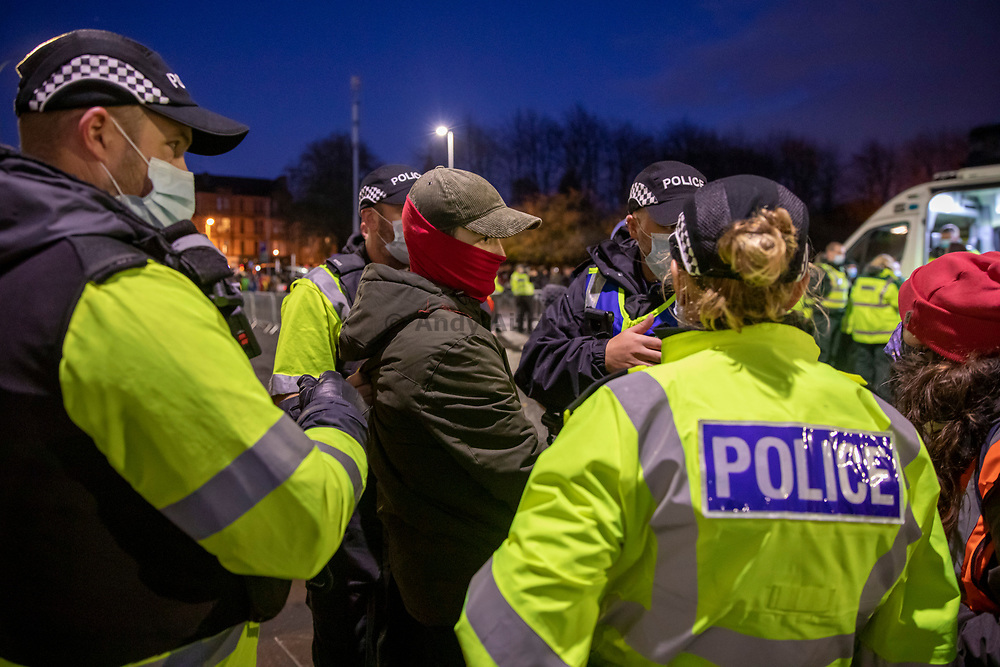